The Planned Development process generally requires two steps - the creation of a General Development Plan (GDP), followed by the review and approval of a Precise Implementation Plan (PIP) for each building or building type within the district. A GDP/PIP may be approved in one step for a site that involves one building. Once approved, the GDP and PIP serve as the zoning controls for a specific site or area of development. The map shows where Planned Development zoning is used within the city. 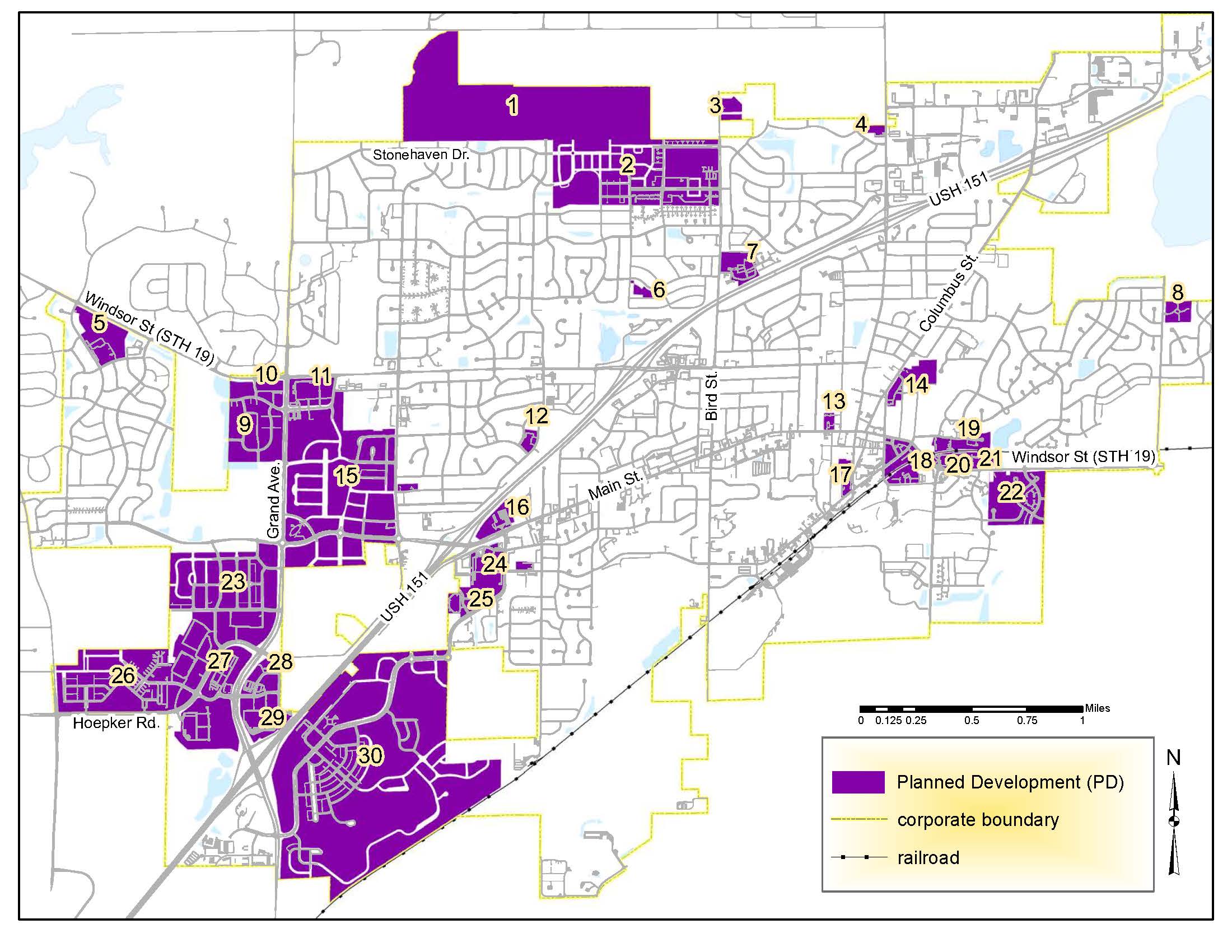 Contact the Planning Division at 608-825-1107 for questions or specific information about Planned Developments.