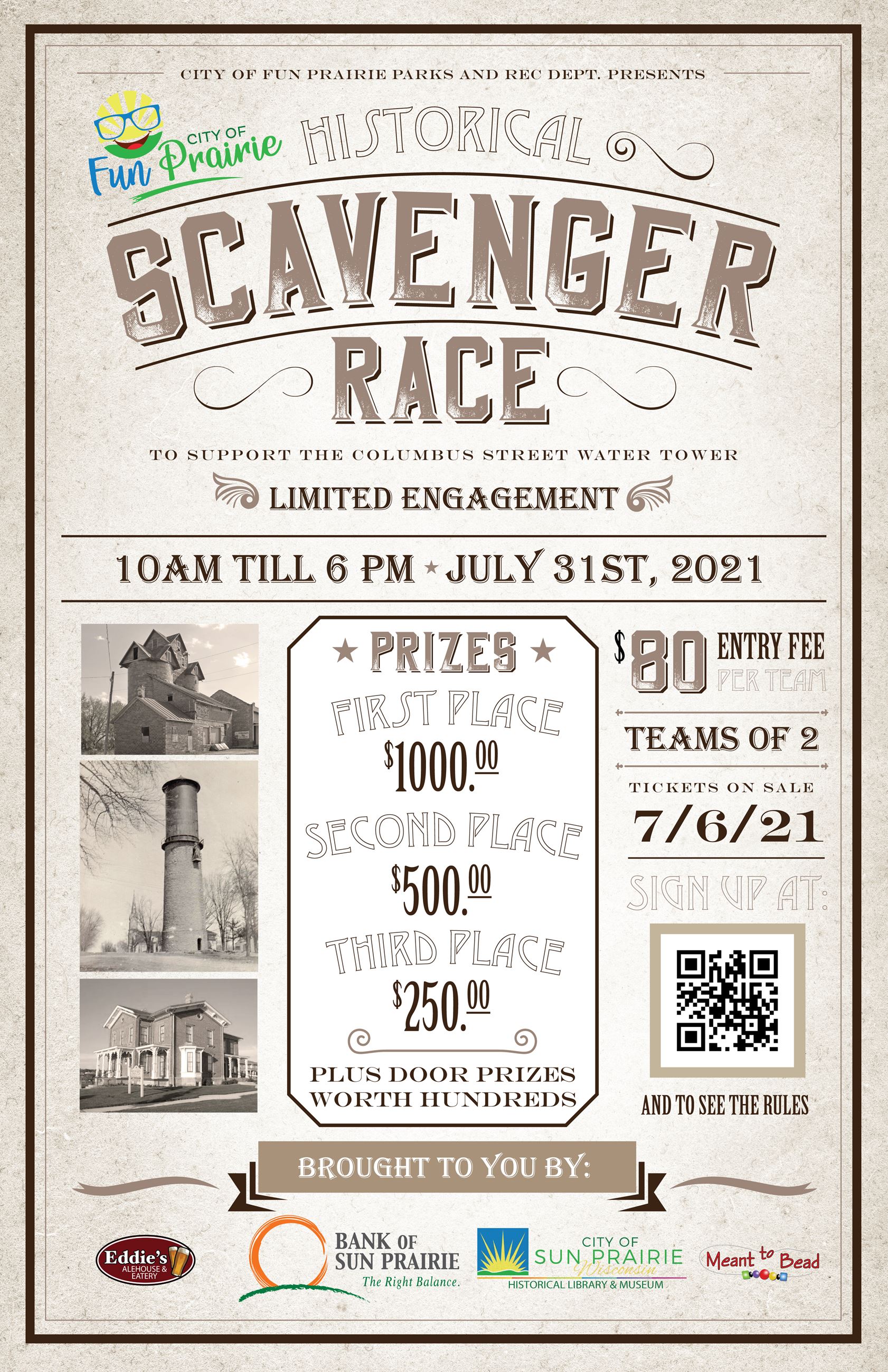 Click here to find out more about the Mayor changing the name of our city.

This interactive map has been developed to house all events, activities, attractions, and other things-to-do in one in one spot, promoting all that FUN Prairie has to offer! Click the map below to access this time-saving tool! 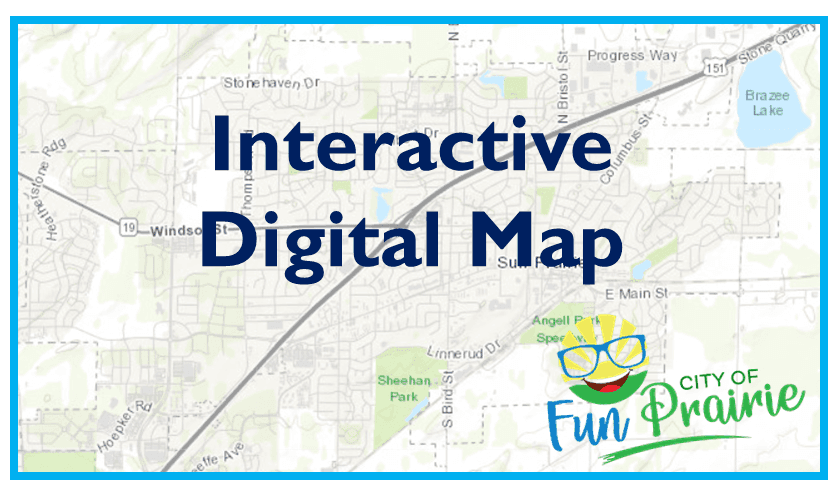 On the very last day of July, as a culmination of the “Fun Prairie” promotion, the Sun Prairie Historical Museum will host a citywide Historical Scavenger Race for 100 teams of two adults. We expect full participation as first place wins $1000, second place wins $500 and third place wins $250.

The coolest thing about this event is that by utilizing QR codes and photo/video drops contestants are only timed while doing the actual tasks. This means contestants have time to enjoy our different neighborhoods as we are encouraging them to use the "Fun Prairie GIS Map" to find places near them where they can stop-in for lunch or explore our Sun Prairie shops, parks and attractions.

It costs $40 per person to enter the competition [Team of two (2) required] to solve puzzles, find tokens and test their teamwork abilities. When you purchase your ticket you must have both team members' information.

1. General:  The “Fun Prairie Historical Scavenger Race” (“Contest”) is produced by the Sun Prairie Historical Museum (“Producer”). This contest is governed by these Game Rules. By participating in the contest, each entrant agrees to abide by these Rules, including all eligibility requirements, and understands that the results of the contest, as determined by the Producer and its agents, are final in all respects. The contest is subject to all federal, state, and local laws and regulations.

2. Eligibility:  The Contest is open to all legal residents of the United States, who are eighteen (18) years of age or older at the time of game day (July 31, 2021). All teams must have two adult players and at least one (1) working smart phone that can to scan QR codes, take photos and videos and send them to a drop box. Registration is open July 6 (12noon) through July 27 (12midnight). One registration requires two adult names with different email addresses and different cellphone numbers. All players must have internet access and a valid email account prior to Registration.  Maximum Game Capacity: 100 Teams of two players each.

3. Non-eligibility:  City of Sun Prairie employees, including FT/PT/LTE and their immediate family members (spouses, parents, children, siblings) or persons living in the same households of such employees, whether or not related, are not eligible to enter the contest. Employees and their families of our sponsoring businesses and race locations are not eligible to compete as well as any third-party business performing services related to Contest. Sun Prairie reserves the right to verify the eligibility of any entry and/or entrant (including an entrant’s identity and address) and to disqualify any entrant who submits an entry that is not in accordance with the Official Game Rules. City of Sun Prairie will not pay any fees, nor pay any costs relating to, for participation in any contest or for the use of any submissions in relation to the contest.

4. Prizes:  Terms and conditions may apply. Incidental expenses and all other costs and expenses which may be associated with the award, acceptance, receipt and use of all or any portion of the awarded prize is solely the responsibility of the respective prize winners.

Grand Prize of one thousand dollars ($1,000) in the form of a check

ALL FEDERAL, STATE AND LOCAL TAXES ASSOCIATED WITH THE RECEIPT OR USE OF ANY PRIZE IS SOLELY THE RESPONSIBILITY OF THE WINNER.

5. Winner Selection: All tasks performed during game play on July 31, 2021 with proper scanning, photos, and videos will be time-stamped and gathered into a database. QR Code scans link to submittal pages which, when sent are time stamped, while photos and videos will be time stamped based upon contestant’s initial start time. Note that time stamps are not affected by download speeds. The shortest amount of time including penalties performed by a contestant Team to complete all the tasks will win the Grand Prize, while the second and third shortest times including penalties will be second and third place winners respectively.

Though it is improbable for there to be exact ties for cash prizes, a formula for determining position for winnings is as follows: Winnings Per Team = Kitty/Number of Teams, where ‘Kitty’ is the sum of all winnings involved in calculation and ‘Number of Teams’ is the tally of tied teams. To determine which winnings are involved start with the level of the tie. Then count that level plus every level below that equal the Number of Teams. For example: Three teams tied for 2nd Place. These three teams would count as 2nd, 3rd, and 4th Place. There are only winnings for 2nd and 3rd for a total Kitty of $750. Using the formula each team would then win $250.

6. Equipment: On game day, all Teams decide which smartphone will be used as the Team Phone during game play. That same phone must be used for ALL Tasks. Only one smartphone per team may be used for game play and it must be one of the phones listed during initial on-line Team Registration. Electrical outlets will be available at all Race Track Shelters throughout the city. Plan to bring your phone charger.

7. Pre-Game Registration: All players will receive an email Welcome Package three days prior to game day. At that time, our legal department will want you to sign a waiver and we will be letting each Team know their personal check-in time and start location for contest. At that time, we can announce our door prizes, which will be randomly awarded to contestants who did not win one of the top three cash prizes.

8. Announcement of Winners: The Winners List is public record and will most likely be printed in the Sun Prairie Star newspaper. Three days after game day, the Announcement of Winners and instructions for prize pick-up will be sent to all player e-mail addresses supplied during the on-line Team Registration. Each player is responsible for monitoring their e-mail account for prize notification or other communications related to this contest.

If a potential prize winner cannot be reached within fifteen (15) days of Announcement of Winners, using the contact information provided at the time of on-line Team Registration, that potential prize winner shall forfeit the prize. Upon the request of the City of Sun Prairie, the potential winner may be required to return an Affidavit of Eligibility, Release and Prize Acceptance Form and IRS W-9 form. If a potential winner fails to comply with these Game Rules, she/he will be disqualified. These are considered forfeiture. The forfeiture of winnings will initiate a re-calibration of times. For example, if the Grand Prize winner forfeits the winnings, the 2nd Place Winner will become the Grand Prize Winner, 3rd will become 2nd, and 4th will become 3rd. Winnings will then be distributed accordingly. Prize is non-transferable. No substitution or cash equivalent of prizes is permitted.

9. Game Day Registration: All teams must report to a pre-determined Race Track Shelter, at least fifteen (15) minutes before their pre-scheduled start time. All teams will receive 7hrs of game play on Saturday, July 31, 2021. Team start times will be staggered, so if you start at 10:20am you will play until 5:20pm. This 7-hour time period is your Game Play period. At their Race Track Shelter, all players will show photo ID and proof of age, choose their Team game phone, register for the Fun Prairie Historical Scavenger Race and receive an emblem to wear that will identify players in the shops and Task locations throughout the city.  This emblem must be worn and visible during all game play.

11. Task Stations: Most Tasks involve roles for both players. Players must work with their Registered Team partner throughout the day. A Team may not split up to complete multiple tasks simultaneously. There are several types of Tasks. Physical Tasks required a team to work together to achieve a goal. Puzzle Tasks often require only one (1) player to solve a puzzle, but it doesn’t matter who, so you can take turns. Photo/Video Tasks usually require one (1) player to record their teammate and email the photo/video.

Each Task Station will have QR Codes posted with the Fun Prairie Historical Scavenger Race logo. One QR Code will be to ‘Start’ your competition time and the other is an ‘Opt Out’ option. Some Tasks Stations will have additional QR Codes with instructions.

12. Timing of Tasks:  Only the time it takes to read the instructions and complete a task is measured. The time between tasks is not measured and are not included in the team’s overall time.

Usually a QR Code will start a Team’s task completion time. There are several methods utilized to show a Team has completed a Task. The most common will be a photo drop or video drop. However, there are also Finish QR Codes for a variety of Tasks and may be held by a staff member until you complete the Task. Any Task not completed for any reason (including not following the instructions), will be given a time equal to the longest time of all contestant teams who completed the task.

13. Game Play: Some Tasks have four (4) copies of the Task set up at a single location. This allows for multiple teams to try to complete the task simultaneously. Each Team only needs to complete one (1) copy of the Task. If all four (4) copies are occupied, please wait until the next copy is available, or consider going to another Task on that same Race Track.

15. Fair Play Rule: Teams must follow the instructions given for each task and from contest staff members. Any team or contestant caught cheating, including but not limited to impairing another team’s ability to perform tasks, lying, stealing or copying work, will cause the team to be disqualified.

16. Obey the Laws: Your team must follow federal, state, and local laws. Any contestant who breaks a law, no matter the severity (misdemeanors, fines, speeding tickets, etc.), will disqualify their team.

18. Refunding: All required refunds will be issued through the original on-line Team Registration portal. If at morning check-in a contestant cannot produce required identification and proof of age, or a contestant has been disqualified prior to game play, then the Team will be refunded original registration fees. If a contestant needs to end gameplay, for any reason, after their Team’s gameplay has begun, then no refund will be issued.

Any questions regarding this Contest should be directed to ‘Museum Race’ at museum@cityofsunprairie.com

Built in 1899, as the first public works project for Sun Prairie, this delivered drinking water to our downtown homes until it was decommissioned in 1992. When it was scheduled to be torn down, the citizens of our community signed petitions and raised funds to preserve this unique landmark.

The Tower was Sun Prairie's first landmark added to the National Register of Historic Places in 2000. Now we boast 32 buildings on that same list. The Historical Scavenger Race will take you inside and around many of those locations.

It's time again to do some real restoration work on this historic landmark, so we want to thank all contestants and sponsors for helping make this work happen. 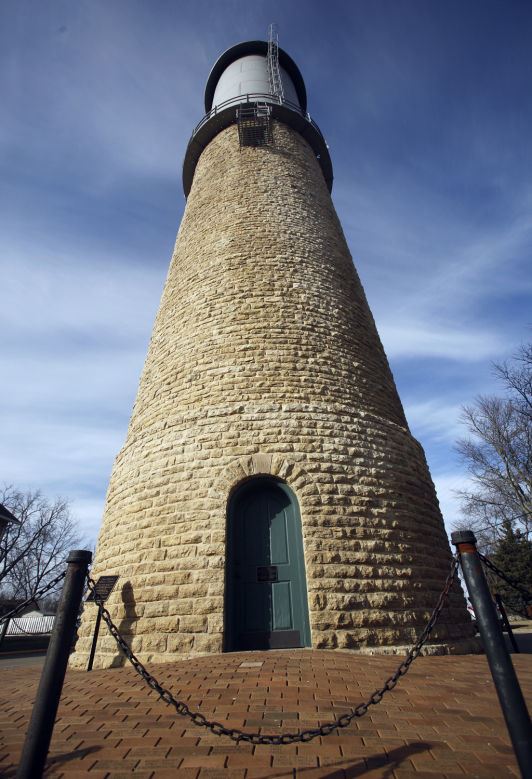 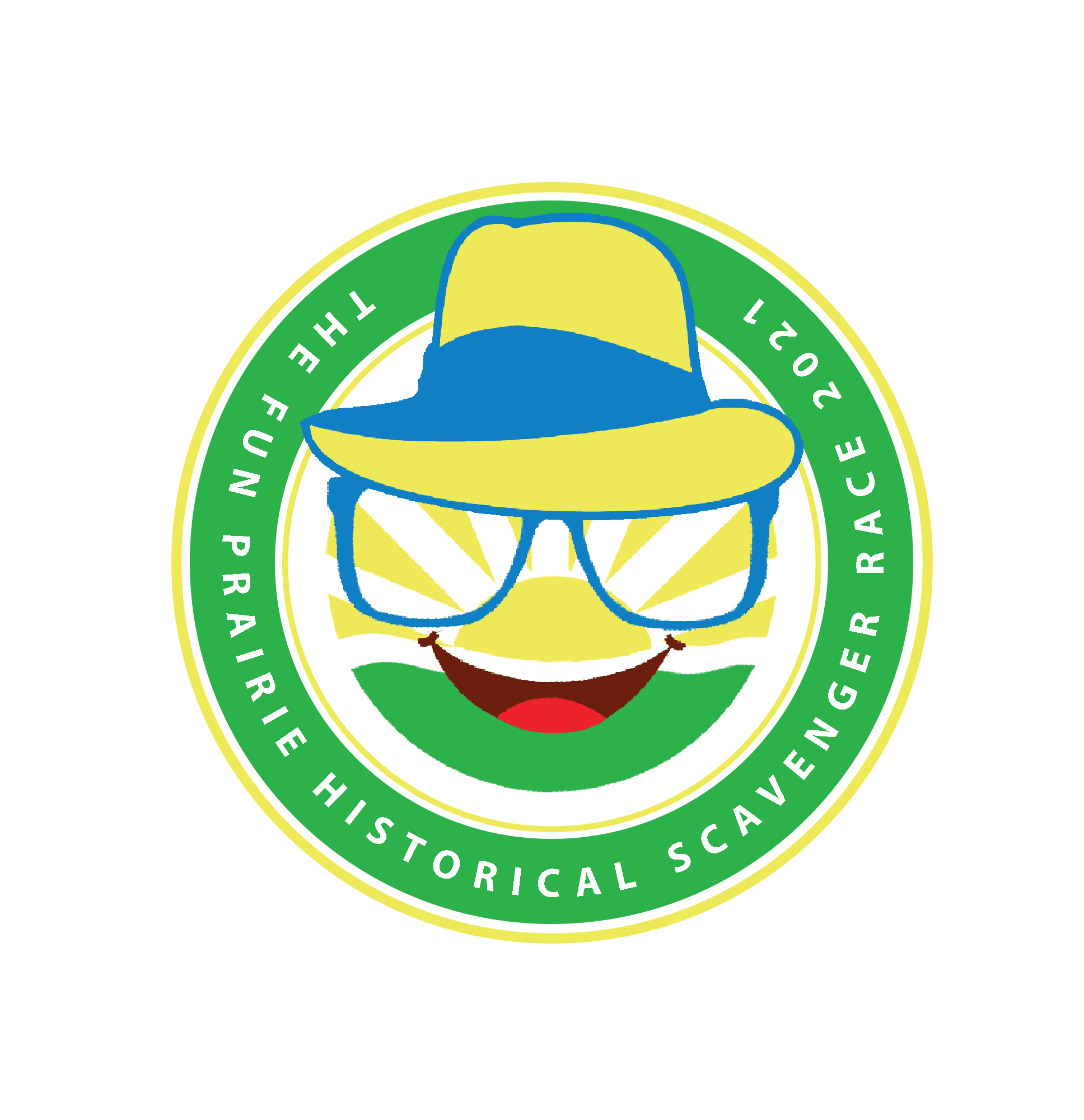 Thanks to All of our Sponsors and Partners! 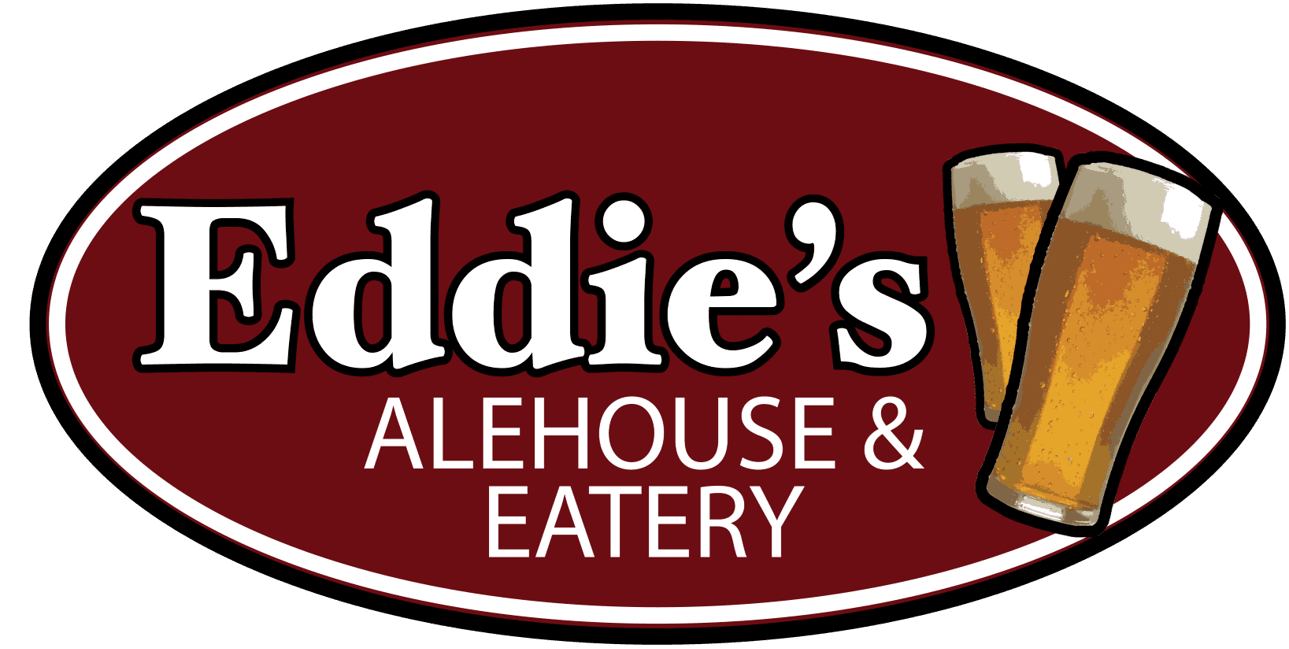 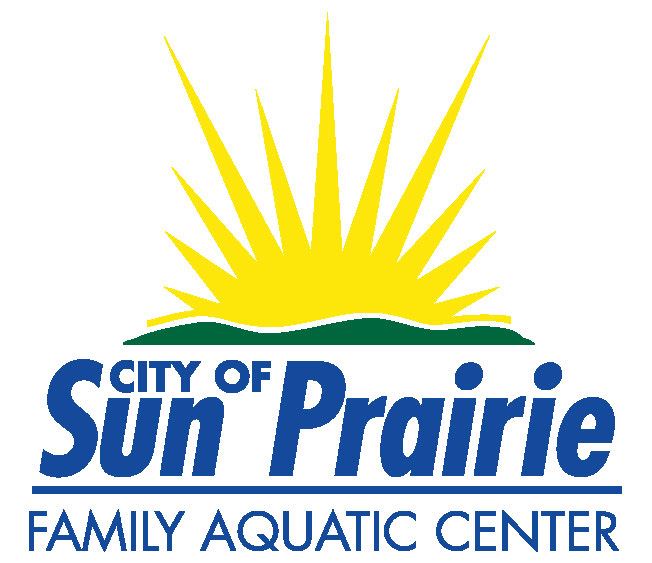 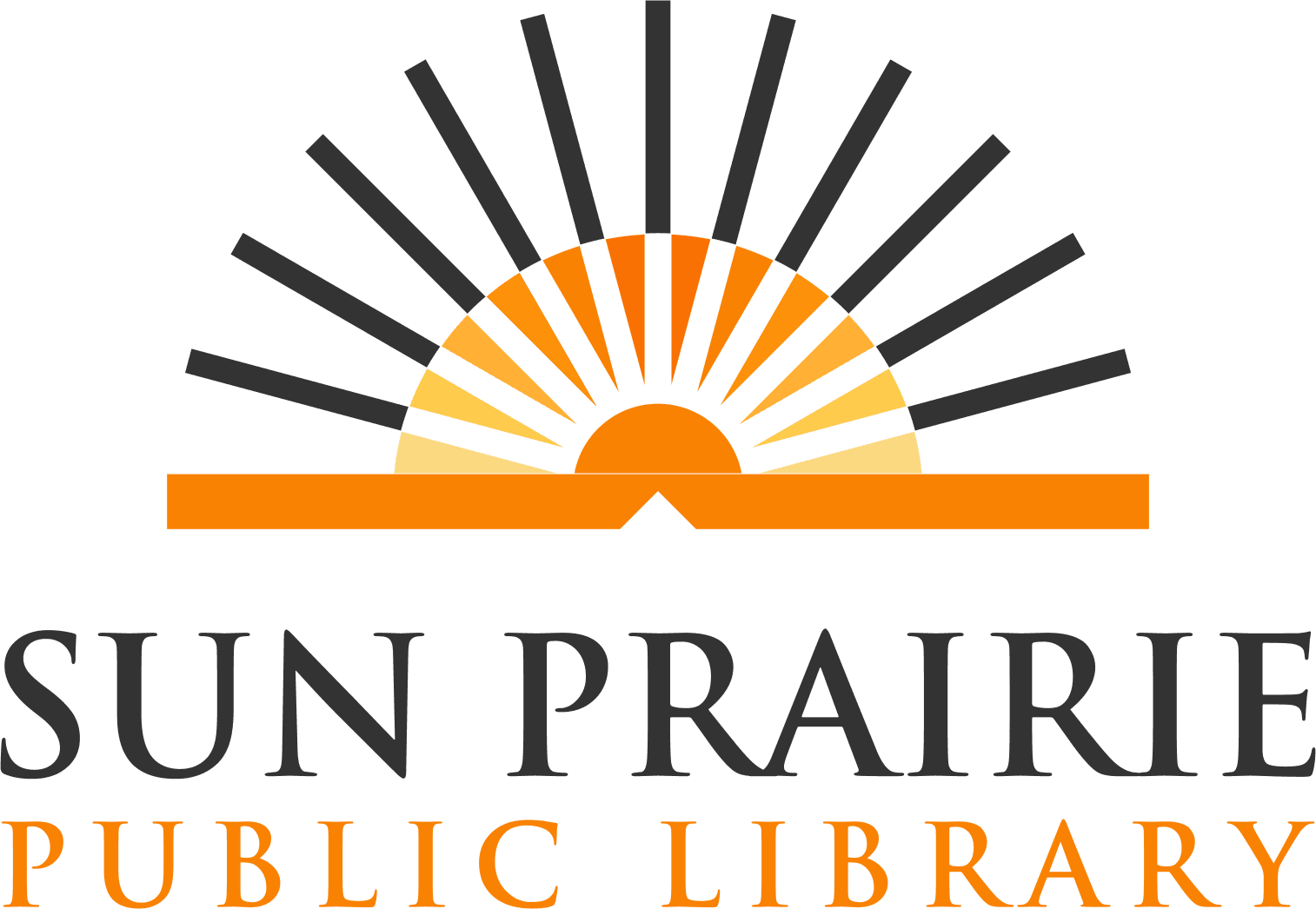